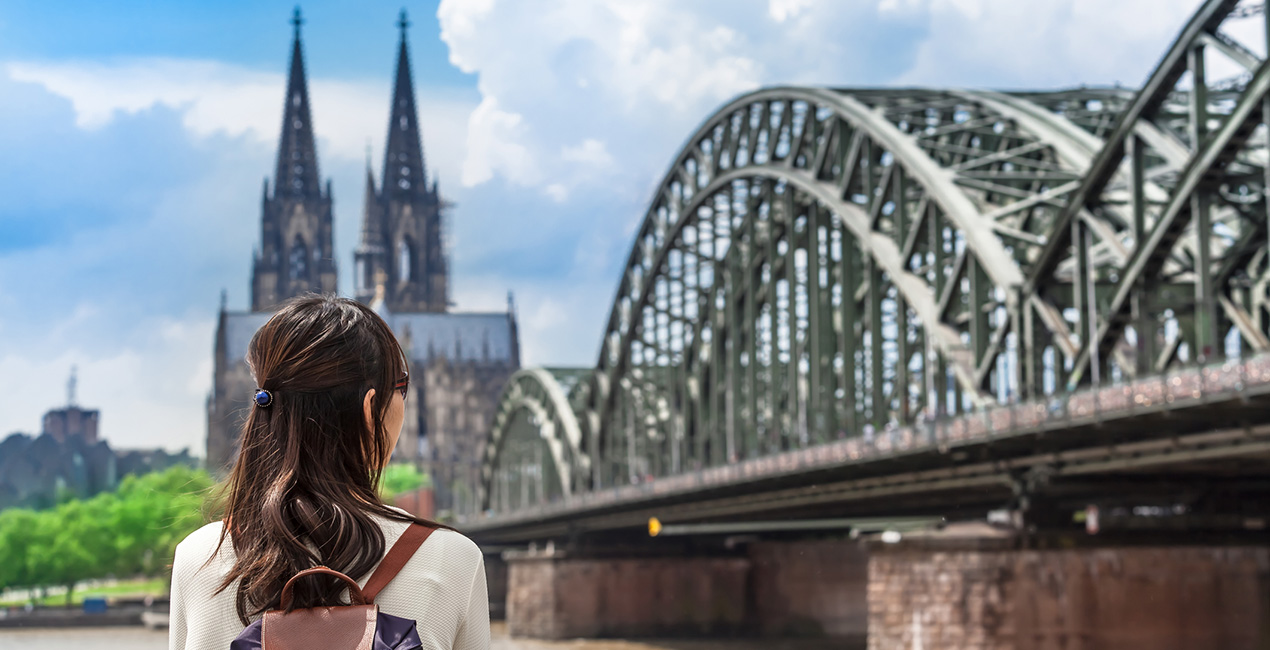 Germany, Europe’s economic powerhouse, is a sought-after location for immigrants and investors. Bordering Belgium and the Netherlands, North Rhine Westphalia (NRW) is Germany’s most populous state and home to the largest concentration of foreign nationals in Germany. Its many manufacturing industries have long attracted foreign talent to the region.

Düsseldorf, NRW’s state capital, has 640,000 inhabitants and boasts the largest Japanese population in Europe after London and Paris. It is home to 7,000 Japanese, 4,000 Chinese, a large Korean and Vietnamese community complete with authentic restaurants, Asian supermarkets, international schools and a Buddhist temple.

Amongst the many excellent Asian restaurants in Düsseldorf is Michelin starred “Nagaya” and food critics suggest that Düsseldorf has the best Japanese cuisine in Europe. Each year in May the city celebrates its Asian constituents in a festival of folk traditions, cuisine and with spectacular Japanese fireworks displays over the Rhine River.

Centrally located in the heart of Europe, Düsseldorf’s infrastructure encompasses extensive rail, road and air links with two international airports, Düsseldorf International (DUS) and Cologne-Bonn (CGN), located within close proximity. Cologne, the largest city in NRW, with its famous Gothic twin-spired Cathedral, is just 35 minutes away and both Brussels and Amsterdam are easily accessible by car or train. Historically, NRW’s Rhine and Ruhr valleys housed the heavy industries that fuelled post-war Germany’s industrial renaissance and spurred the first large influx of immigrants from Korea and Southern Europe. Today, a number of international companies are headquartered in NRW and continue to bring a large number of immigrants to the region. The local economy is still primarily based on engineering and manufacturing but many large pharma, tech and telecommunications companies and R&D facilities are also located in NRW. The legendary Rhine River, Europe’s most important shipping route, runs through both Düsseldorf and Cologne.

Over the last twenty five years Düsseldorf has undergone a stunning transformation in city planning to emphasise the beauty of the fabled Rhine River. It is home to the longest pedestrianised promenade along the bank of the Rhine and a vibrant new business quarter in a section of the former harbour, housing many consultancy and advertising agencies, as well as internet start-ups and media outlets.

The transformation of this quarter was completed with the addition of famed US-architect Frank Gehry’s building complex – a modern metal façade that marries the rustic charm of the harbour with the modern architecture around it.

The city of Solingen

For those who prefer a suburban lifestyle with the larger cities of Düsseldorf and Cologne at their fingertips, the city of Solingen is a prime option. Also known as the City of Blades for the large concentration of blade factories, Solingen welcomes a fresh influx of foreign direct investment. Located just a 30 minute drive from both Düsseldorf and Cologne, Solingen is reinventing itself as a new centre of modern technology and green living.

German residency is available for international entrepreneurs who invest in regional development funds that are devised, like the project in Solingen, to stimulate economic growth in targeted areas of development. In Solingen, footsteps from the world renowned Zwilling J. A. Henckels knife factory, investors can sample the local start-up culture at the Entrepreneurs’ and Technology campus, which is being developed through the regional development fund in cooperation with the local authorities. An additional investment in contemporary residential real estate completes the commitment to the city and provides ample opportunity for participation in the blossoming local economy.

The route to German residency

Permanent residence is available for qualifying entrepreneurs after three years of temporary residence and spouse and dependent children under 18 can be included in the application. Families wishing to educate their children in Germany can choose from a variety of schools in Solingen or opt to enter the international private schools located in Düsseldorf and Cologne. In Düsseldorf a number of bilingual nursery schools are available offering English-German, Chinese-German and Japanese-German education from an early age. Tax planning is also mandatory with this offering and expertly provided by Latitude’s local partners.

For more information about German Residency Options and to discuss your eligibility one of our experienced advisors, please fill out our contact form.